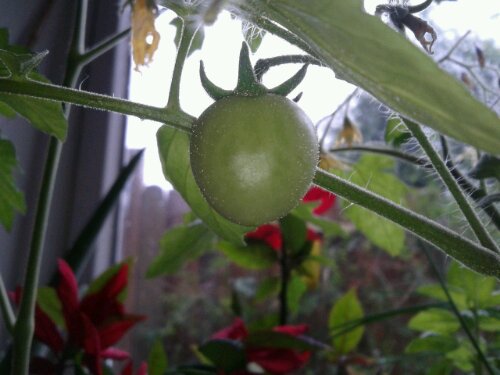 I’ve made a tomato!

Well you know, not me exactly. But I’ve definitely contributed. Overall my net effect has been positive. So, by all means tomato plant, take the credit, but we both know you couldn’t have done it without it me.

That’s pretty much the highlight of my fortnight. Feeling a bit low since I had to work instead of go to London’s Urban Sketch Crawl. Could have been the start of something beautiful, like that day I had in Singapore. Then to make it worse, that’s the least bad thing that’s happened.

What with the immediacy of infant mortality, massive head trauma and the more distant, yet no less horrific for that, Syrian massacres, I don’t really feel like peddling my own brand of trite perky optimism. Life really hurts for some people. All the rest is just first world problems.

I wish there was something I could do to help.

Points are too trivial right now.